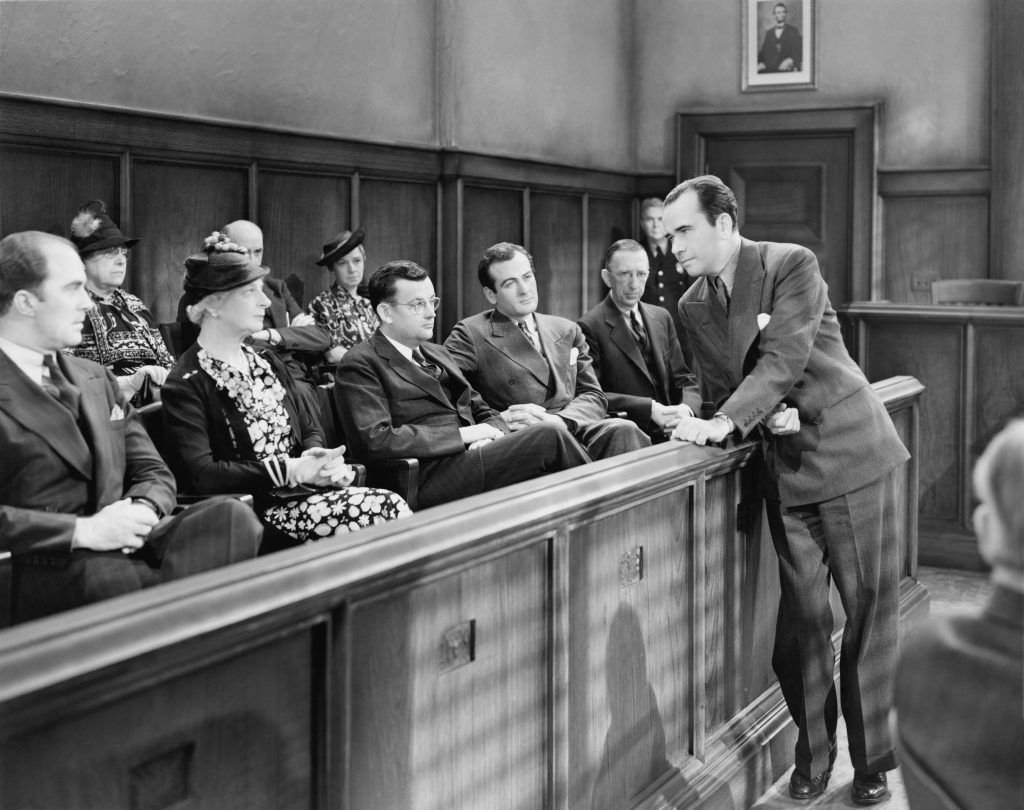 Cases which are not settled by a plea agreement or dismissed, must be resolved by trials. In most criminal cases, absent an agreement of the defendant and the prosecutor, trial will be a trial by a jury.

Am I guaranteed a trial by jury?

Not always. In cases in which you’re charged with offenses that are punishable by imprisonment for six months (or more), the Sixth Amendment to the United States Constitution guarantees your right to a trial by jury. For less serious matters, such as infractions (usually a traffic ticket), you have a right to a trial by a judge.

What is the “speedy trial” rule?

You have a constitutional right to be brought to trial without undue delay caused by the government. The right to a speedy trial is enshrined in the Sixth Amendment. The government has the burden of diligently bringing a defendant to trial. The general rule is that a defendant must be brought to trial within a year of the date you are charged with a public offense, although this varies by jurisdiction. In California, it was presumed that delay beyond a year from filing was “undue.” A defense attorney would therefore bring a motion (a formal written request to the court) asking that charges be dismissed. The prosecution would be allowed to explain the delay. If the court finds that the prosecution is at fault for causing the unreasonable delay in bringing the case to trial as provided for by law, the case could be dismissed “with prejudice.” That is, the case could be dismissed and the government would forever be barred from prosecuting you for that same instance of alleged illegal conduct.

In deciding whether to dismiss the charges, the judge will typically look at factors such as the overall length of the delay, and any resulting harm to you or your defense. However, if you or your attorney caused the delay in bringing your case to trial, that delay will not be held against the government. For example, if your attorney requests a delay (a “continuance”) or if you flee to avoid prosecution or just decide to ignore a court summons, the court will not be very likely to dismiss the case.

If you are in custody, unless you or your attorney agree to any delay, the time to bring a California criminal case is set forth in the Penal Code. In misdemeanor cases, if the defendant is in custody, the trial must take place within 45 days of the arraignment or the plea, whichever occurs later. If you are in custody and charged with a felony, your trial must occur within 60 days of the arraignment on a felony information after preliminary hearing or indictment.

Exceptions to these statutory rules include requests of the attorney or the defendant to continue or delay trial, or a finding by the court that “good cause” exists for the delay. Examples of “good cause” may include: agreement of the parties with a time waiver, new evidence, complexity of the case, or the engagement of the defense attorney in a different trial.

What does guilty “beyond a reasonable doubt” mean?

To obtain a conviction in a criminal case, the prosecution must prove that the defendant is guilty “beyond a reasonable doubt.” This is the heaviest burden in our justice system, in theory. Courts have wrestled with the exact meaning of “beyond a reasonable doubt” for more than a century because it is not easy to define. It is generally agreed that it does not mean beyond all doubt, as that standard is impossibly high. Nor does it mean “more likely than not,” as that standard is far to low. (That is the standard used in civil cases.) As a practical matter, “beyond a reasonable doubt” means that after hearing all the evidence presented, the jurors are truly and steadfastly convinced of the defendant’s guilt and they are not going to change their mind in the future.

What is the role of cross-examination in trial?

The confrontation clause of the Sixth Amendment provides that defendants have the right to confront all of the witnesses against them. This is done by cross-examination. Your criminal defense attorney will ask questions of the witnesses against you in pursuit of one or more objectives in keeping with the defense of the case. Sometimes, a criminal defense attorney will damage the credibility of the witness, bringing into question their character for honesty, their bias against you, or other motivations to lie. Sometimes, they only need to show how a witness could be mistaken, such as when the witness would not have been able to accurately perceive or remember events. Sometimes, the defense attorney will ask an honest witness to testify to things that simply help the defendant. The main goal of the criminal defense attorney is just to expose any weaknesses in the evidence or the prosecution theory of the case. Jurors who understand the weakness of the evidence or prosecution theory will be more likely to have a reasonable doubt that the defendant is guilty.

Both the defense and the prosecution will have the opportunity to cross-examine witnesses at trial.

In most cases, the answer is “no,” but the decision whether to testify is yours and yours alone. Your attorney may advise you, but can’t decide for you. Neither can your family, or fiends. While deciding whether you will testify at trial, consider:

If you decide to testify, your testimony will be the most anticipated and highly scrutinized evidence presented at the trial. If the jurors don’t believe you (for whatever reason) you will be convicted. Your case will then hinge on your credibility more than any other testimony or evidence presented in the case.

What happens if I am found “not guilty?”

If you are found not guilty, then those charges can never again be used as a basis to hold you in custody or encumber you. You are released from the criminal justice system. You are entitled to a return of your bail money (minus any local bail fees); you will no longer be under any pre-trial supervision; and you cannot be tried again by the same entity or sovereign authority for any crime arising from the same set of circumstances.

What happens if I am found guilty?

If you are found guilty, the judge may revoke your bail and order you placed in custody pending sentencing. If you are already in custody, the judge may also modify previous bail orders so that you are not eligible to be released on bail. The judge will set a date for sentencing and may order a pre-sentence investigation and report in order to learn more about you. In some cases, the judge may sentence you immediately. This typically happens in cases involving less serious crimes where incarceration is not a likely part of the sentence.

What is a hung jury?

A “hung jury” is a jury that is unable to come to a unanimous decision with regard to whether the defendant is guilty or not guilty. When this occurs, and further jury deliberation is futile, the judge will declare a “mistrial.” The prosecution must then decide whether they wish to try the defendant again.