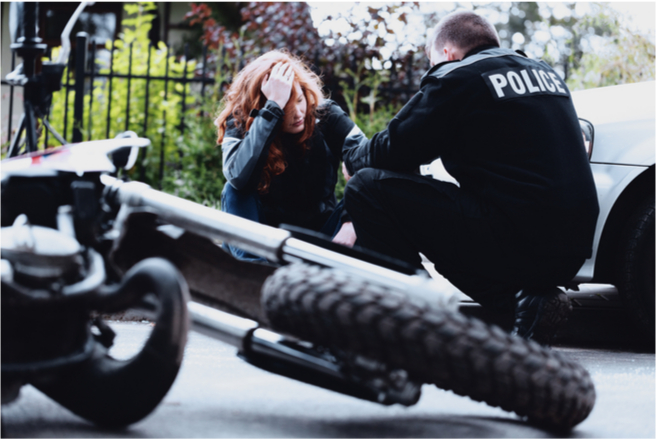 Did you know that criminal cases are won or lost before a lawyer is ever involved?

Almost every lawyer with any experience at all in handling criminal cases can recall dozens of cases in which their client won or lost their case based entirely on how they handled their contact with the police.

By knowing these seven things you will improve your chances of coming out on top in any interaction with police.

1. You do not have to consent to a police request.

Any time you have contact with police, it is important to respect the authority of law enforcement personnel, but it is just as important to protect your constitutional rights. If a police officer or someone working with law enforcement asks you to provide information or perform an action, you should always try to clarify whether the officer is making a command or “ordering” you to do something, or if they are just making a request.

Police officers are trained to trick citizens to give up their rights by disguising requests in words that sound like orders. For example, the officer might say something like, “I need you to come down to the station so we can speak about what happened earlier tonight.” However, what he is really saying is, “I would like for you to come down to the station and speak to me so I can get evidence that will be used against you.”

When dealing with police officers, you should always be courteous and respectful. It is perfectly appropriate to ask, “Officer, are you asking me or are you ordering me?” If you are being asked to and not ordered to give a statement or perform an action, you should respectfully decline and ask to leave (or ask the police to leave) so you can discuss the situation with your lawyer.

2. But you should always comply with police commands.

It might surprise you to learn that it is illegal in California (and almost everywhere else) to disobey police commands, even if the commands are unlawful, such as when police are illegally detaining or arresting you. This rule exists to discourage citizens from engaging in physical confrontations
with police officers who carry deadly weapons. If a police officer commands you to perform an action or moves to places you under arrest, it is important that you fully comply with those orders. Never argue with or confront the police on the street. As soon as you are able, contact your criminal defense attorney to take appropriate legal action against the offending officers.

3. “Consent” is usually a police officer’s only lawful option to support a search.

Whenever the police ask to search your home, your vehicle or your pockets, do not consent. The Fourth Amendment to the U.S. Constitution prohibits unreasonable searches and seizures and requires that police obtain a warrant before conducting a search. Over time, numerous exceptions to the warrant rule have been approved. Consent is the ultimate warrant exception. If the police have no other legal grounds to conduct a search, they will ask for permission.

In other words, if police are asking for permission to search, it usually means that they have no other legal basis for conduction a search and no ability to get a valid search warrant.

Be absolutely clear with the officers that you will not resist, but they do not have your consent. “Officer, I’m not going to interfere with you, but you do not have my consent to search.” Obviously, you should never resist a search and you should remain calm—your criminal defense lawyer will know how to fight an illegal search in court.

4. There is no point in arguing your case with a police officer.

If a police officer is serving an arrest warrant on you, it does not matter if the officer thinks you are innocent or guilty; the warrant is an order of the court requiring him to arrest you; it gives him cause to arrest you.

If the officer arrest you without a warrant, he obviously thinks you are guilty or he would not be arresting you. When you try to argue your side of the case to the arresting officer, at best you are wasting your breath. At worst, you are making incriminating statements that will cause problems for you later. What you say to the arresting officer can be held against you. The best course of action is to remain silent. Let your attorney do the talking for you, in court.

5. Police investigations are designed to get convictions, not find the truth.

Police officers are trained to do one thing when investigating a crime: find evidence for use in a criminal prosecution. If the police ask to interview you or search your property in relation to an ongoing investigation, they are almost certainly attempting to obtain statements and evidence that can be used to justify your arrest and eventual conviction.

In fact, police regularly ignore evidence that might show your innocence or support your defense. They do this knowing that such evidence is likely to be lost or “disappear.”

Law enforcement officers will make statements like, “We’re just trying to understand what happened,” but their true goal is to solicit facts to use against you. Never speak to investigators without your attorney present. Your silence does not have to provoke suspicion. Simply state, “I haven’t done anything wrong, and I would like to help you, but my attorney has advised me never to talk to the police without my attorney being present.”

6. Officers do not have to advise you of your rights when arresting you.

It is a common mistake to think that the police are required
to advise you of your rights at the time of your arrest. This only happens on television and in movies.

The truth is that the police are only required to advise you of your rights if they plan to interrogate you while you are in custody (called a “custodial interrogation”). Therefore, if the police approach you on the street and question you, then later place you under arrest, the answers
you gave prior to being arrested may be admissible in court. A related misconception is that if the police do not advise a suspect of his rights immediately, then all charges will be dropped. Again, this is not true. The remedy for a failure to advise a suspect of his rights prior to a custodial interrogation is to exclude the suspect’s statements (including any
“confession”) from the trial, not to dismiss the charges.

The best course of action to take whenever police want to ask questions is to exercise your right to be silent and to have an attorney.

7. You have to speak up to assert your right to remain silent.

In other words, you must speak up and make known your choice to remain silent. If you are questioned by the police, do the following:

Many people are over-confident and think they can explain everything away when questioned by the police. This hardly ever works—it usually just makes everything worse. Instead, be firm and respectful in asserting your right to remain silent. If the officer thinks he has enough evidence, you are going to be arrested regardless of whether you answer his questions or not. Accordingly, assert yourself at the outset of the police encounter; do not wait to be arrested.

Almost every criminal defense lawyer will be honest: most winnable cases are ruined by their client because their client tried to talk to the police. Don’t ruin your case!